How Do I Tell Her About Him? 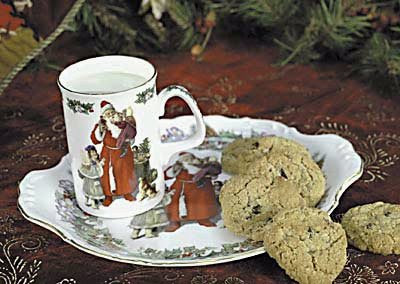 It's hard to believe that we're approaching the end of November already. Soon it will be December—the last month of 2007. How time flies...
Last night, JJ was discussing with me about the things she plans to ask from Santa this Christmas. She said she will do without Barbie dolls this time round. She's got 2 bicycles she hardly ever care to ride; and her bed is overflowing with dolls of numerous shapes, sizes and colours. Not to mention her colouring books, pencil and water colours, and the whole set of Disney's story books. And don't forget all the cartoon movies that I downloaded from the internet! The only thing she hasn't got is a baby brother that she's been asking mommy to "egg" for her. Otherwise, she's got almost everything she can think of. The poor kid is having problems deciding what else to ask from Santa!
In less than a month from now—on Christmas eve—we are going to go through the same charade again. JJ is going to leave a glass of milk and some cookies in the living room, close to the christmas tree. Santa will be hungry and thirsty when he arrives with lots of presents, late at night, when JJ is fast asleep.
Now I don't mind the Chipsmore cookies, but I really hate the milk. Struggling to gulp down a whole glass of milk is not a pleasant thought. Who the hell came up with the idea of milk and cookies anyway? Why must it be milk?
Perhaps the best thing to do is to forgo Santa altogether this year. But I hate to break the news to JJ. I know she will be heart-broken when she finds out that there is no Santa—that what she saw in The Polar Express was just fantasy after all.
How do I tell her about him—that there is no "him"?
I marvel at the thought of doing away with the charades. Then I can go directly to the presents each time Christmas arrives. Maybe I will still feel stupid for having to deal with the presents like an FBI top-secret mission, but at least I won't have to struggle with the whole glass of milk.
Yeah, I think that is what I'm going to do. I still have a few more weeks to conjure up a viable explanation why Santa is never ever gonna come again...
Posted by Cornelius at 6:06:00 PM

tell her he's old, and has retired :)
Actually I never believed in Santa when I was a kid. I only saw Santa during Christmas caroling when the carolers visited my home.

play her the song "I Saw Mommy Kissing Santa Claus" while re-enact the scene in her presence.

okok... tat's so cruel. how old is JJ by the way? well...tell her Santa Claus is an old story etc etc....but end it with "Even there's no Santa Claus, mom and dad always love JJ".

p/s : fatherly love; pouring down milk though u dun like it. a pat at the back for being a good father. tell JJ she's lucky.

CK, JJ is 5 yrs old. We're all July people in the family! So you can imagine, whenever it's July, need to spend more than other months! My b'day, Mia's b'day, and JJ's b'day. And wedding anniversary too! I don't know why it happened that way!

Nah, actually I was exaggerating it. Drinking milk for JJ is no big deal. I'd do much more for her. I just can't wait to see her doing something she doesn't like for her own kids in the future!