About 2 years ago, I posted an article entitled Imagine..., of which some of my friends voted as one of my best pieces. But I can't remember now why they liked that article. Perhaps it was the thought-provoking aspect of it that was interesting to them. I have since written quite a lot of other rubbish in this blog which have also won thumbs-up from my friends.
Anyway, while I was writing "Imagine...", I thought I'd just insert a photo for illustration purposes. I searched the net and found one which I thought was just perfect for my article. But I did not know the origin of that photo, and I did not quote my source.
Recently, a Director of our Sandakan office bought a limited-edition book entitled Spirit of Borneo. He bought one for himself, one for KK office, and another for our Group Chairman. It's basically a pictorial journey of Martin and Osa Johnson 1920 & 1935 in Sabah. Priced at RM300 each, I think it's well worth it. I realised that although the picture I posted in "Imagine..." is not included in the Spirit of Borneo, I now know that it came from the same source. So although a bit late in the day, I feel it's just right that I mention it here that that photo in "Imagine..." was one of Osa Johnson's.
I would recommend it to those of you who are keen to see what the native Sabahans looked like almost a century ago. It is just amazing how much we have progressed in less than a hundred years. I append below some of the pages to whet your appetite! 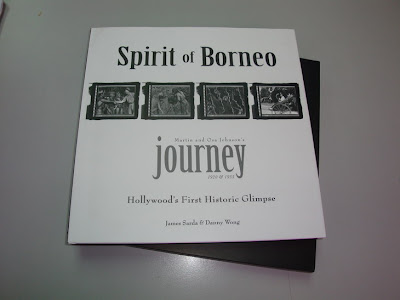 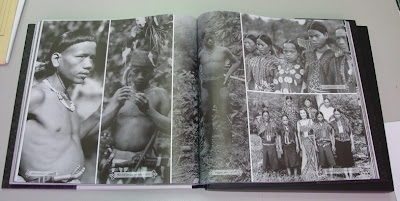 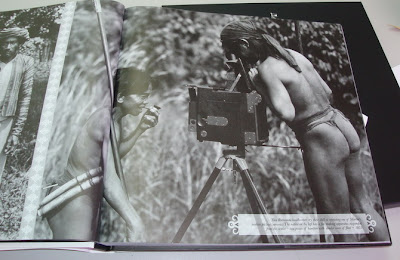 And all the time I was wondering who invented the G-string!

Now I know now from whom the Beatles copied their hairstyle from also!
Cheers!

I always believes that God gives everybody a level playing field in this world. Of course they are also those born with silver spoons who don't have to struggle through life to be rich.It is how one makes use of it either to become very rich,rich,just barely able to survive and poor.

For all you know those people who lives in the deep jungle may be poor but they are happy and contended with their way of life.

On the other hand,those staying in the big cities may be very rich or multi-millionaires may not be leading happy lives in the midst of all those work-related stresses,personal safety and security problems,debts, failed business,failed careers in either the corporate world or music and acting world.

Well, Socrates29, as you know I'm not a religious person. So I'm immune from seeing God from the "religion point of view".

I can bring myself to believe in the existence of God, but my belief has nothing to do with any of the holy books whatsoever. There are just too many questions without answers, and no amount of political attempts to explain by the holy books can help.

I don't believe that God gave everyone a "level playing field". Many people are born into very poor families. They suffer malnutrition, inherit the HIV virus from their parents, and suffer very painful childhood deaths. And there's nothing they can do about it all. If that's God's idea of "level playing field", then I don't want to know what the "unlevel playing field" is like.

Some people are born with physical defects, e.g. cerebral palsy. Because they're born with it, there is nothing they can do about it. They spend their lives as vegetables - they're doomed to life imprisonment in their own bodies. There's hardly any field for these people, let alone a level playing field.

I'm truly glad that I'm born with a normal healthy body and a sound mind. I try my best to work for the things I want. If I'm lucky, I will get them in the end. If not, I will die trying. Who knows, it is possible that God is watching from the sideline.