We have had some unusually low temperatures over the last couple of days in Malaysia as reported here. But the so-called "low temperatures" refers to the low twenty-something degrees Centigrade; and in some places it went as low as the teens. This is, however, by no means anywhere near the kind of temperatures for the formation of ice outdoors. But I find it interesting that the phenomenon did not stop the excitement of some Malaysians looking forward to a wintry Malaysia.


Closer home, it's been reported in the local papers that ice has been found on the summit of Mount Kinabalu. That did not surprise me, but then it was also mentioned that it was snowing at Panar Laban. The latter was news to me. If the Chairman of Sabah Parks, Tengku Datuk Dr Zinal Adlin, insists that he has seen "a lot of pictures of thick snow" photographed on the summit, I'm willing to let it go at that, but not amounting to believing in his testimony. Nevertheless, it would be interesting to see these pictures that he speaks of.


A friend of mine, about 8 years old, said she wanted to shop for winter clothings—presumably in anticipation of an impending winter in Malaysia soon—and I suggested to her to try the children's section at Metrojaya, Suria Shopping Mall in KK. Just that they may not have the XS, or even XXS size that would fit her.


Even my office boy who obviously had too much free time, had embarked on learning to build a snowman using an apple and a Mandarin orange for his project. And I have to admit that he has a natural talent at it! 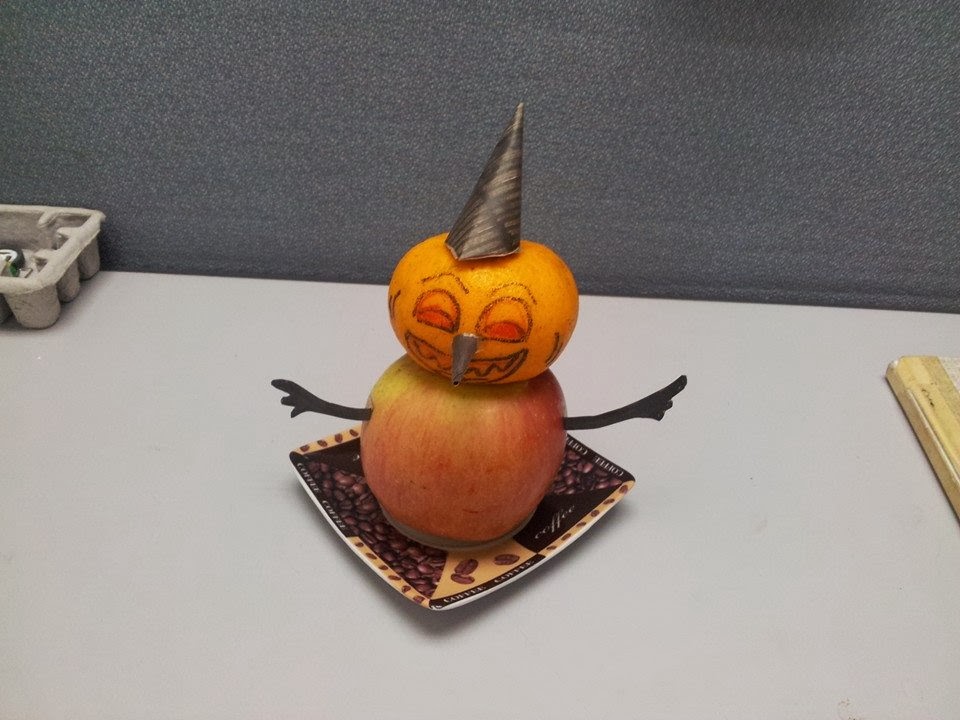 Of course one can also see a lot of excitement via facebook, and in due course there will be many people sharing wide-ranging articles related to a wintry Malaysia. Suddenly everybody is a weather expert, even if those articles have no scientific basis whatsoever. Yet, it's amazing that some people have faith in these articles, so you can imagine that science is not everybody's strong subject! Check out an article written by this genius; it's a good source of entertainment.


I happen to know that some of my nephews and nieces, like many people out there, are quite gullible kids too, and since they're frequent readers of this blog, please allow uncle Kong to advise you all that the North and South poles are not likely to shift positions by 2015. You just have to trust uncle Kong on this, kids.


Anyway, yesterday (Saturday) was my cycling day and I was hoping that I could ride at least 100km. So I was looking forward to a cold day of perhaps 25 degrees C; a bit too much to hope for in KK during the day, but at least I'm not asking for wintry cold. Unfortunately, I had to cut short my workout when the temperature soared to over 30 degrees C. It was still 30 degrees at 5pm in the evening. So much for winter in Malaysia.