Aliens vs Predators (Not Spoiler) 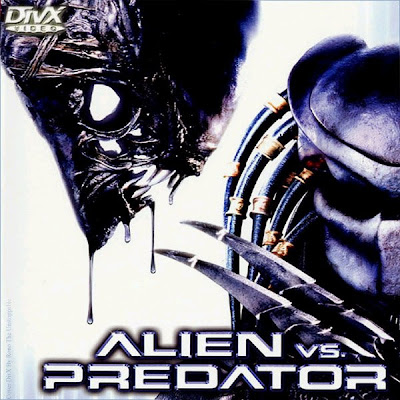 I am a big fan of the above fictional creatures. Since about 20 years ago, I've been following all the movies—some of them several times (Yes, I have a collection of them). So I know quite a lot about the characteristics of these creatures. Originally, they did not cross paths—each had its own storyline, and within different eras too.

The Aliens saga started some time in the far future when humans were technologically advanced and had spaceships which could travel deep into space. There were several sequels after the first successful movie. The main theme of all those sequels revolved around Ellen Ripley's efforts to stop the creatures from ending up in our home planet—earth.

Predator, on the other hand, started shortly after the first Aliens movie. But the setting was more to the current era. The story saw Arnie flexed his muscles against the super creature and barely overwhelmed it in the end. And it was also a very successful movie that warranted a sequel—Predator 2. Apparently there are rumours of a Predator 3 in the pipeline.

NOW during this Christmas season, we are treated with the latest episode, Aliens vs Predator 2 which—as the title suggests—is yet another clash between these two mighty creatures. Being the diehard fan of both these creatures, I went to see the movie yesterday—on its opening day. But I'm not going to comment on the movie here. That would only spoil the fun for the many fans out there! And those of you who've already seen the movie too, I hope you'll be a sport not to give any details of it here.

In my opinion, both these creatures are super beings which are far beyond our ability to conquer. In recent times, our shores have also been invaded by aliens and predators. Now in Malaysia we have our very own Aliens vs Predators too. I wonder which one will prevail in the end...
Posted by Cornelius at 11:34:00 AM

I can't wait to watch this movie too!!! Umm...the ones in cinemas, NOT the Malaysian ones.

Yeah, if you are a fan of these creatures too, make sure you won't miss it, claire. Invite Julie to go along.

But bear in mind that the movie is rated 18SG, which means kids under 18 years old are not allowed to watch. So you must remind Julie to bring along her IC; otherwise she won't be allowed in to the cinema!

Julie dear, if you are reading this, have you reached 18 yet?... hehehe.

I'll be rooting for Predator!

claire, I take it you're rooting for the movie predator.

13-year old girls may be still kids in the eyes of many people, but you'd surprised how grown up they can be!

This 12-year old girl has probably just reached puberty, yet she obviously considered herself old enough to elope with a man more than twice her age! How desperate can some girls be!? Perhaps when and if she's found, her parents should give her some good spanking, huh?

well, it all depends, sometimes using harsh punishment will make matters worst. Maybe some counseling and awareness should be the better approach for a start for problematic teenagers. It is always easier said than done when dealing with such delicate situations in life.