Last Sunday I ran a full marathon starting at 3am in the morning, and by the time I finished the run, had a bath and went out for brunch, it was close to noon when I arrived home again. The night before, I had about 2 hours’ sleep, so I was very tired. I then had an hour's nap, but had to wake up again for a quick bite before going to City Mall for a walk hunt organized by Treasure Hunt Society of Malaysia (THS). My knee was still aching from the marathon that morning, and I had to take Celebrex to numb the pain. 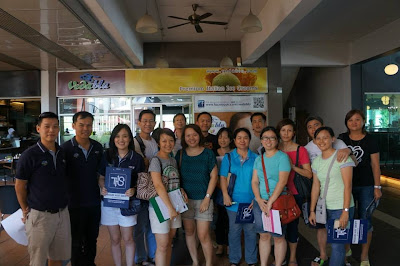 The hunt was for a duration of 3 hours comprising 25 route questions and 3 treasure questions. 5 of those route questions were “cryptures”, i.e. clues made of pictures, while the rest were the usual cryptic type. Unfortunately, the CoC had to cancel 2 route questions because the signboards were no longer there. Of the 3 treasures, T2 was unavailable in City Mall. Although the questions were mostly related to the movies, in essence it still required a lot of cryptic-solving abilities rather than mere general knowledge. I shall not go into detailed discussion of every question of the hunt, but there are three questions worth discussing here.


Let’s have a look at them.


Q1) Some lighting is required to produce a movie regarding food.


A typical cryptic question where that word “some” is an indicator that tells the solver we need to take only some of the letters in “lighting”. Those letters are then to be combined with letters found on a signboard within the sector, and then rearranged on account of the anagram indicator “produce” to form a new word that agrees with “a movie regarding food”.


That was my position when reading the clue. That seemed simple enough, but it took me a long time to solve the question. In fact, it took me up to the dying minutes of the hunt when it suddenly occurred to me to look up for the synonyms of “movie”. Once I found FLICK, I immediately zoomed in on KFC, because I could combine “L+I” (taking only 2 letters from “lighting”) with “KFC” to make FLICK. The solution is sound, of course, but I don't really like this type of clue for the simple reason that the scope of search is quite wide in terms of uncertainty of that indicator “some”. I mean, “some” like how many letters from the word “lighting”? The only reason why I wasn't grumbling about this question was because that was the only “food” business within that sector, having shortened the sector based on the answer of the next question.


Q6) At the start to find her height, take four steps left and you just might.


A seemingly intimidating question which caused a bit of anxiety, because quite honestly, I was totally lost when I read it the first few times! Ordinarily, there is a simple and literal meaning to the surface reading of the clue. But here, even the surface reading is hard to make sense! Not knowing where exactly to start searching, I focused on that word “her” in the clue and then tried to scan the sector for any signboard that had anything to do with women in general.


This signboard stood out from the rest because of “her”:

But I somehow couldn’t make the connection. It’s kinda embarrassing to have that so-called “Master Hunter” title, but couldn’t see the connection in this case. I stored it in my mind, however, and while I was dealing with the other questions, I kept turning the riddle in my mind. It wasn’t until the last few minutes that I revisited this question again; and somehow this time I saw that word “height” as “h8”, and the answer leapt to my eyes immediately!


But the most "controversial" question of the day was this:


Q8) Where men and women are from according to Gray?


I think it's quite safe to assume that most people have heard of the book entitled Men Are From Mars, Women Are From Venus by John Gray. But even if they haven't heard of the book, a googling exercise can yield the answer very quickly. So that's the easy part of the riddle. The problem, however, was that nowhere within that sector was there a signboard containing that answer. Instead, there was this:

And a different signboard located a few shops away: 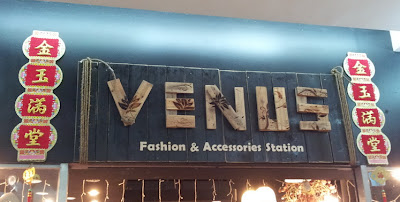 Which of these two signboards should be taken as the answer? Each one is only half correct, and we all know that there is no half-correct business. It's either wrong or correct. The first thing we did was to search the sector thoroughly to ensure that there's no Mars & Venus on a single signboard. Once that's ruled out, I told Vivian to write down both those business names, as it was obvious to me that the CoC had intended to combine both signboards to form a single answer to the question! Vivian appeared unconvinced and seemed to doubt my decision, but eventually she wrote the answer anyway. After all, she couldn't come up with anything better!


In the end, it was indeed the intention of the CoC to use both signboards. But my two strong rival teams did not know that this was possible, and therefore did not use both signboards. Using two different signboards to form one answer is a new thing for the local hunting scene; an idea which I myself had been planning to use in my future hunts. In that sense it is a novelty, but of course this had been done in the west.


Although I haven't posted thorough discussions about hunt questions for a long time now, I have committed to contribute an article (with the consent of the relevant parties) for the next edition of the THS Tulip Newsletter, where I can give proper analysis that this question deserves. Therefore, I will spare my non-hunter readers from long and boring discussions here.


Well, in the end, Vivian and I won the hunt. The top 3 teams were like this:


My legs were so tired, and my knee was killing me. But in the end, it was all well worth it! Special thanks to the CoC, VK Chong, for organizing an enjoyable hunt. A good blend of trickery and amusing twists including a singing baboon! I'm sure my fellow hunters in KK are looking forward to the next hunt already!