New hunters frequently get the wrong idea that the CoC is obligated to cover every single detail of the kinds of trick he's going to include in his questions during the hunt briefing. But the truth is that the CoC is only obligated to explain the basic themes. Hunters will quite often find something never seen before whether from previous hunts or during the hunt briefing. A good hunting team is one that should be able to handle practically everything that's thrown its way, provided of course the clue is based on basic cryptic principles.
Q32) Di tengah kawasan untuk lembu.

I did not actually show any examples involving this particular type of indicator during the briefing, but the hunters were familiar with the initial/ending indicators. That knowledge should have been enough to handle this question. Sometimes hunters should apply a bit of common sense—they can't expect to be spoon-fed from A to Z. Since they are familiar with tricks involving first letters and last letters of given words, they should also be able to guess the significance of "Di tengah" in the above clue, even if the CoC did not actually show this trick during the hunt briefing. A number of the regular teams did not solve this question, which is a bit surprising. But I couldn't help but smile to myself when some of the new hunters solved it instead! 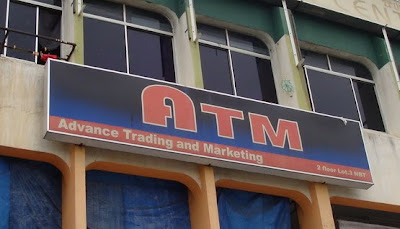 A similar situation arose in the Bundusan/Beverly sector:
Q24) Enquire when they are initially reversed.

More than half of the 14 teams hunting in the KK Challenge 5 were "regular" teams. Yet out of those regular teams, only Main Tembak was able to solve this clue, thus confirming yet again their position as the best team in KK. Curiously, the rest failed to see through the trick. However, I was again tickled when a new team which barely passed this hunt was able to solve this clue. And judging from the many signboards within this sector, and also the location of the intended answer, my guess is that they actually solved the question and not merely a fluke shot. 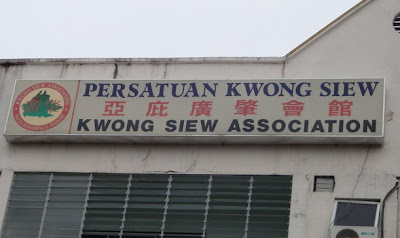 Though not very common, sometimes hunters will find that between the English and Malay versions of the business name, only one of them is the correct one. In this particular example, only the English version can answer the question perfectly. The Malay version doesn't work at all.
Hunters shouldn't complain that they have never seen such a style before. They're all equipped with the same basic cryptic knowledge, and it is up to them to use that knowledge to solve the riddle somehow. They can't expect to be spoon-fed all the way.
I want to congratulate Team Eighty4, a very new team, which solved this question. It shows that with proper analysis, this question is solvable. Now, the team members of Eighty4, tell me it wasn't just a fluke shot! (smile)